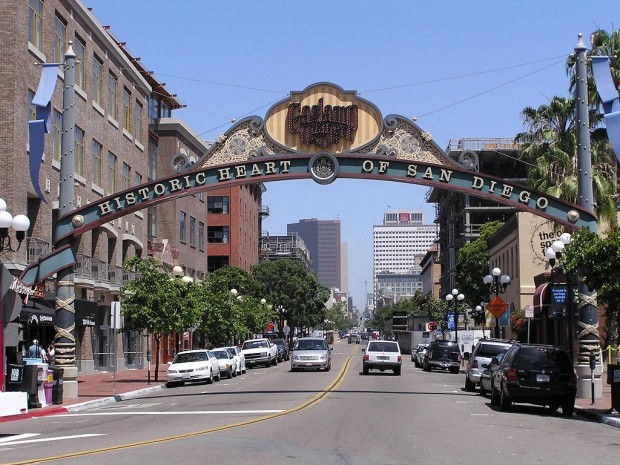 San Diego’s Gaslamp Quarter is a 16½ block area and major center containing historic buildings, shops, galleries, entertainment, and some of the finest restaurants in the city. It’s called the Gaslamp Quarter both because of the historical use of gas lamps more than a century ago, but also by nature of the fact that there are gas lamps there today, with four new ones having been installed at the corners of 5th Avenue and Market Street. The majority of the buildings were constructed during the Victorian era, and as such are largely of late Victorian architectural style. A portion of the buildings are also built in Art Deco styles.

Key attractions in the Gaslamp Quarter include:

It’s a well-known fact that tourists love to spend money (or at least that’s what the people trying to get their money think), and the Gaslamp Quarter is not short on ways to go broke. Whether you’re looking to buy clothing or jewelry, pick up some art or a new pair of glasses, you won’t be disappointed. When you get hungry, stop by one of the area’s incredible restaurants. The nightlife is also said to be good.

As a significant area of San Diego, the area is also home to a great variety of events each year, with culinary walking tours, the San Diego Film Festival, automobile showcases, festivals, parades, and more. See a list of events here.

A complete PDF map of the Gaslamp Quarter can be found here.

Josiah works primarily in web development and writing, and once wrote a 50,000 word (unpublished) novel in a month. He also loves to travel, and explore different cultures and locations.