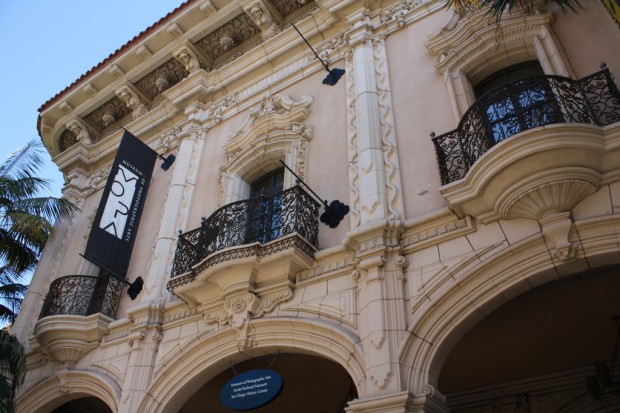 One of the first museums in the country devoted to photography, the Museum of Photographic Arts celebrates the art of life frozen in time. Its 7,000-photo collection spans the entire history of the camera, with photos by everyone from greats such as Margaret Bourke-White and Ansel Adams to emerging contemporary photographers.

Together with the Model Railroad Museum and the San Diego History Center, the museum is housed within Casa de Balboa, one of the many ornate buildings in Balboa Park. The space devoted to the Museum of Photographic Arts fills a total of 32,000 square feet, allowing not only for large simultaneous exhibits but also the extensive library of photography publications—one of the largest in the country with over 20,000 volumes.

Two to three different exhibits tend to run simultaneously, often with 80 or more photographs each. The exhibits sometimes feature a single photographer, but more often on a time period or location. Some recent exhibits involved multiple photographers’ responses to the work of one of the greats, and the annual Youth Exhibition showcases the work of talented high school students.

Film and video are closely related to photography, and the museum doesn’t ignore this. Its exhibits occasionally involve film, and the Museum of Photographic Arts is home to the 226-seat Joan & Irwin Jacobs Theater. The San Diego Human Rights Watch Film Festival takes place here each January, showcasing films that expose human rights abuses around the world.

If you want to enjoy the displays in more solitude than one normally gets at a popular museum, its recommended that you come in the mornings during the second half of the week, when the busy crowds are largely absent. Families with young children are welcome—you can even bring a stroller. The museum hosts a two-week summer camp for high school students, teaching them the art of old-school, pre-digital darkroom photography.