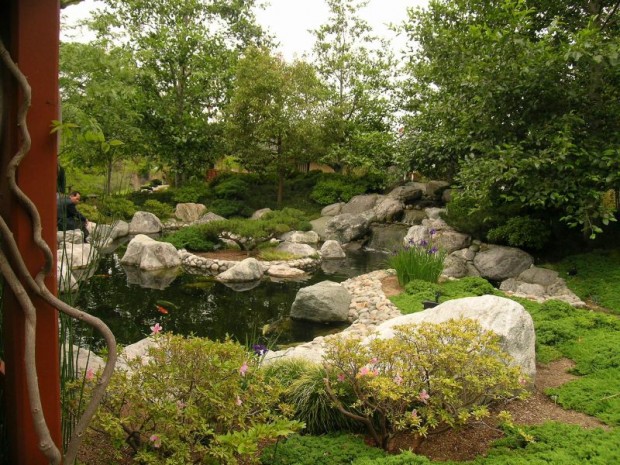 An expression of the unity between sister cities San Diego and Yokohama, the Japanese Friendship Garden is one of the many gorgeous gardens found within Balboa Park.

It has a long and complex history, with the garden’s spiritual predecessor, the Japanese Tea Pavilion, dating back to the 1915 Panama-California Exhibition. The original garden was where the park’s Children’s Zoo is today, and, though a compelling glimpse of a culture an ocean away from the people of San Diego, it was very small. It was maintained by the Asakawa family post-exhibition until the ’40s, when the teahouse was dismantled—but after decades of planning it came back with a vengeance in 1990 at its current location, bigger and more beautiful than ever.

And it’s still getting bigger. Over the past few years the Japanese Friendship Garden has undergone (and is still in the process of) expansion and renovation in preparation for the exposition’s centennial. Visitors soon will be able to wander through all its 11-acre glory, but even if you visit before the final phase’s completion there’s still plenty to experience.

The elaborate ceremonial gate at the entrance has stood here since 1968 when the rest of the place was nothing more than a distant dream, overlooking the gradual growth of the garden you see today. Near the gate is the Tea Pavilion, a fine place to grab lunch—whether a traditional Japanese dish or a California-style sandwich—and sip imported teas. With a total of 30 varieties, ranging from Chamomile to Fujian Oolong Ti Kuan Yin, there’s plenty to choose from.

The Japanese name of the place is 三渓園 (San Kei En), or “garden of triple scenery,” but even that’s an understatement. The bonsai, herb gardens, cherry trees, magnolia, and groves of Japanese elm along the newly-created trail create a world of serenity that feels utterly unlike the rest of Balboa Park. The stone-lined stream and waterfall flow into the koi pond. Many people think of koi as being rather small, but different varieties grow larger than others and the Friendship Garden’s pond is home to brightly-colored fish of enormous size.

You can take a guided docent tour or an audio tour on your smartphone to learn more about the scenery, or simply sit and meditate in the Zen garden. Hathi yoga classes are taught here on Thursday mornings, and weekend classes in conversational Japanese, calligraphy and sushi-making are frequent occasions. The exhibit house is home to rotating displays of Japanese painting, woodworking, flower arrangement and photography.