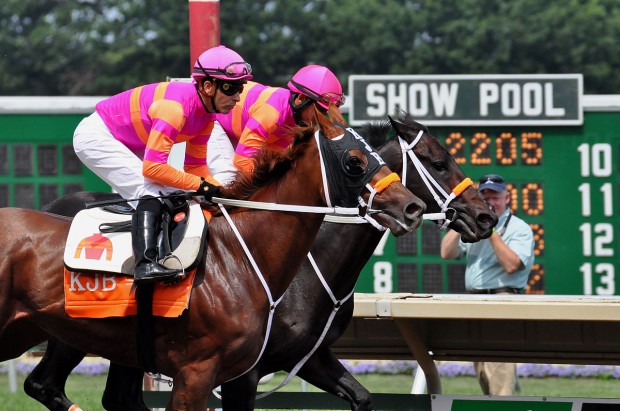 The thunder of hooves rises from the turf and the cheers of the fans echo through the famous tan stucco grandstand. It’s the Del Mar Thoroughbred Club racetrack, one of the most prominent San Diego attractions, and beautifully located right on the Pacific Ocean. While horse racing has always been a bit of an old rich dude thing, Del Mar is notable for attracting casual fans and curious tourists just as much as the most hardcore horse buffs—there’s hardly a track in the U.S. that’s more popular with families and people in their 20s.

The track has an interesting early history. Founded by a group of Hollywood notables including Gary Cooper and Pat O’Brien, fellow founder Bing Crosby greeted visitors at the gate on the opening day of the first season. The most famous event occurred just a year later in 1937, when Seabiscuit barely beat out Ligaroti on a winner-take-all match race that was broadcast across the country on NBC radio.

Bing isn’t there to greet you any more, but opening day at Del Mar is still the biggest thing in the city, drawing crowds of over 40 thousand excited fans. The first day of the season is known for the “One and Only Truly Fabulous Hats Contest,” where outlandish headgear vies for the prize as earnestly as any thoroughbred. Crazy hats and fancy clothes are a big part of the spectacle, and deciding whether to watch the horses or the people can be difficult.

A day at the races generally starts by stopping by the paddock before the jockeys saddle up to see the horses. If you feel like betting, this is a good place to get an idea of your picks, and even if not it’s an opportunity to see the contestants up close. For those new to race betting, a good place to start is with the $2 show bets, in which you choose three horse numbers and hope one of them places. You can order food or drinks in the grandstand, or, if you know a member, throw down the cash to be admitted to the exclusive and swanky Turf Club upstairs.

But just because the day’s races are over doesn’t mean there’s no more fun to be had. Every Friday and Saturday night the Seaside Stage on the west side of the grandstand is home to concerts by big names like Weezer, MAGIC! and Counting Crows. And tickets are free if you were there for the afternoon’s race!